One of the fun parts of tracking down Stainforth’s books is seeing the different types of libraries they have ended up in. As one might expect, most of the books (outside of the British Library’s collection) have so far surfaced in academic libraries and their associated rare book collections, but they have also surfaced in independent research libraries such as the Newberry Library in Chicago and the Folger Shakespeare Library in Washington, D.C. What is intriguing, though, is that when one dives into the provenance information on ex-Stainforth books, sometimes you discover that they were among the first volumes either acquired or were among the books used to start the library. In other words, Stainforth books helped to seed some of the world’s important libraries, and I would like to tell you stories of three such books at two such libraries. 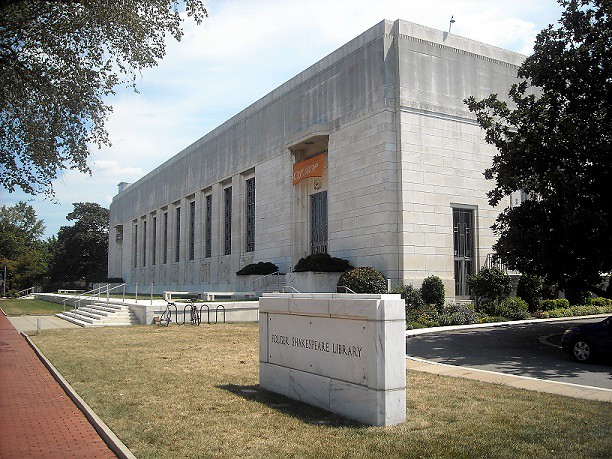 The Folger Shakespeare Library opened its doors in 1932 with one of the largest collections of Shakespeare and Shakespeare related works. But the library quickly expanded its scope to include printed and rare materials of the early modern period (1500-1750). Its first major purchase in this new collection development strategy was the acquisition of the library of Sir Richard Leicester Harmsworth in 1938. This collection held over 8,000 volumes printed in England between 1475 and 1640 and included two former Stainforth Books: Thomas Bentley’s 1582 Monument of Matrones and Queen Catharine Parr’s c. 1550 Prayers stirryng the mind unto heavenlye medytacions.

The appearance of the Bentley in Harmsworth’s library and later the Folger is quite interesting because it was among those items purchased by the British Museum in the 1867 auction of Stainforth’s library. In fact, it was the most expensive item sold in at auction at £63. When or why the British Museum decided to part with it is unknown, but it is also interesting that Stainforth’s copy of the Monument is one of three copies held by the Folger Library, two of which came from the Harmsworth’s library.

The Parr volume was purchased in the auction by a “Lilly,” who was most likely a London bookseller. But it is also likely that both volumes went through a number of hands before they made it to Leicester Harmsworth’s shelves considering he was not even born when the Stainforth auction took place. What is known, though, is that the purchase of the Leicester Harmsworth library, and its two Stainforth books, by the Folger took what was an already formidable library and helped set it on the path of becoming the world class independent research library that it is today. The Folger would eventually add a third ex-Stainforth volume to its collection, though there is no additional provenance or purchase information easily available on it.

Josiah K. Lilly and the Building of a Rare Books Collection

The Lilly Library at Indiana University in Bloomington might not have the same name recognition as the Folger Shakespeare Library, but its importance and collections are no less impressive. 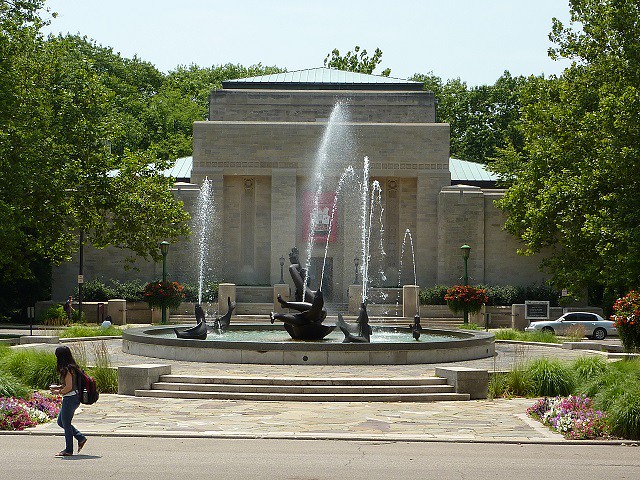 Founded in 1960 with the collection of pharmaceutical CEO and Indiana businessman Josiah K. Lilly, Jr., the Lilly Library is at first a testament to the collecting prowess and devotion of Josiah Lilly and second is a monument to rare books. Its collection now numbers over 400,000 books, 6.5 million manuscripts, 100,000 pieces of sheet music, and numerous other items and works of art.

Among the original 20,000 books donated by Lilly to found the library was Stainforth’s copy of Anne Bradstreet’s The Tenth Muse Lately Spring up in America, a 1650 publication of American poetry published in London which is listed in the 1867 Sotheby’s auction catalog as being “Excessively Rare” and was sold for £12 10s to “Allen,” a handsome sum back then. In between the auction and Lilly’s acquisition of the book, it was also owned by Thomas Jefferson McKee and is listed in the catalog of McKee’s library compiled after his death in 1899. Indeed, that catalog listing contains the note of, “The BRINLEY copy, from STAINFORTH’S (and formerly from HEBER’S) library.” It also informs us that it is a rare first edition with no more than one traceable sale in the US, which is probably part of the reason why Josiah Lilly was drawn to collect it.

As an interesting side note, there are also a number of items in the Folger Shakespeare Library that were also once owned by Thomas Jefferson McKee, linking these two libraries and three books together in a small way.

RA Interviews on Experiential Learning and The Stainforth Project

Comparing Cobbold’s Entries in the Manuscript Catalog to the Sotheby’s catalog: What Do We Learn?