Today we’re celebrating a project milestone: the team completed the transcription and editing for all of the pages (1-507) of Stainforth’s library catalog manuscript. We began transcribing the library catalog manuscript in January of 2014. After finishing the transcription in the fall/winter of 2014, we began editing all of the transcribed data in early March of this year and haven’t stopped to catch our breath. Six months later, and after several adjustments in methodology that improved our workflow and accuracy, we can check off this monumental effort to have edited transcriptions of Stainforth’s library holdings. Huzzah!

The editors include (in no special order) Maria Semmens (Dartmouth), Deven Parker (CU Boulder), Michael Harris (CU Boulder), Kirstyn Leuner (Dartmouth), and Deborah Hollis (CU Boulder). Thanks also to Kyle Bickoff (now at U Maryland) and Erin Kingsley (now at King U), as well, who were our early phase transcribers and researchers, and to Holley Long and her undergraduate assistants who helped create PDFs of each Stainforth manuscript page.
We have lots more to do, but today we’re savoring the view of the last page of the library holdings list. 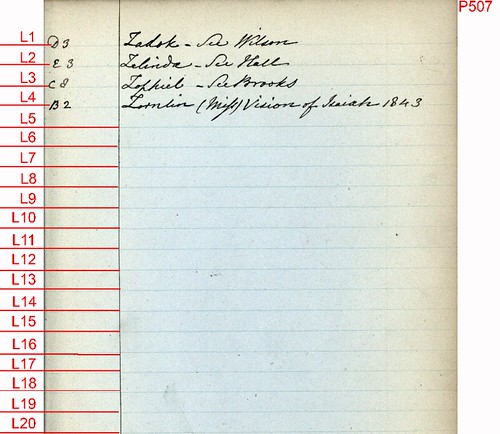 Ouâbi : or The virtues of nature. An Indian tale. In four cantos / By Philenia, a lady of Boston.

Baths of Bagnole; or the juvenile miscellany